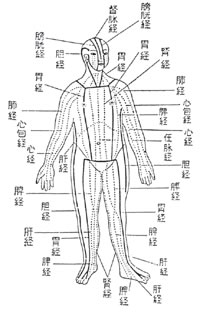 In Hakkoryu, one is learning a martial art while at the same time practicing Shiatsu techniques. Koho Shiatsu, as a solid therapeutic method, is perfectly complementary to the techniques of Hakkoryu, as a martial art.

Shodai Soke Okuyama Ryuho, the founder of Hakkoryu Jujutsu and Hakkoryu Koho Shiatsu, established the final methods for both systems. He was also an active member of political parties whose aim was to reform Japanese society from decline and improve very difficult social conditions.

He was born in Yamagata Prefecture in 1901. When he was five years old, he contracted meningitis and suffered a great deal. He miraculously recovered from the illness with the ancient treatments of traditional oriental medicine. After this experience, he took a strong interest in oriental medical theory and practice.

After graduation from the Tokyo School of Government, he moved to Hokkaido, the northern island, where amongst his numerous political activities, he founded and managed a shiatsu clinic. During this period, he traveled widely and studied traditional oriental medicine and martial arts seriously and enthusiastically from numerous pre-eminent teachers.

After many years of medical study, he achieved a high level of mastery of traditional oriental medicine and established a private school he named, “Koho Gijuku”, to teach traditional medicine in Asahikawa City, Hokkaido during the early Showa period. He became famous through his efforts and was able to train many therapists at his school. He also was engaged in many public lectures within the city. Around 1932, he was inaugurated as the President of the Asahikawa Therapist Association because of his high skill, knowledge, and dedication to traditional oriental medicine.

Shodai Soke Okuyama Ryuho eventually completed establishing his own styles of self-protection and medical methods and techniques, which were both very unique and effective, calling his systems, “Koho Shiatsu” and “Hakkoryu Jujutsu”.

Before the end of World War II, he moved to his native Yamagata Prefecture, staying at Hagurosan (Mt. Haguro) where Shinto priests and ascetics (the Mt. Haguro Shugendo sect) meditate and study at the Hagurosan Shrine. During this period in the mountains of Haguro, Shodai Soke diligently studied, and continued to sharpen the techniques of Hakkoryu Jujutsu and Koho Shiatsu.

Method of Medical Treatment and Remedies 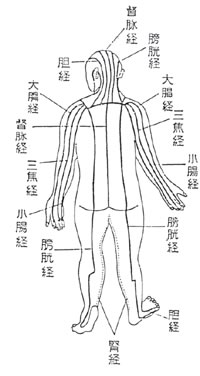 The first method of examination in Hakkoryu Koho Shiatsu is called Myakushin (palpation or pulse diagnosis). Myakushin takes about ten minutes and is used to diagnose exactly what is wrong with a patient and which Keiraku (meridian) should be treated. Then without touching the affected, injured, or painful part of the body, Nidai Soke applies Koho Shiatsu treatment to the appropriate Keiraku, which will be one of the regular fourteen Keiraku in traditional oriental medicine. Myakushin, in Hakkoryu Koho Shiatsu, relies on the traditional Keiraku and are used to diagnose each of the twelve major Keirakus’ strengths and weaknesses. To determine which of the Keiraku, such as the lungs, the heart, etc. are related to the patient’s chief complaint is the goal of Myakushin.

This therapy diagnoses general pulse beats, but does not merely count the pulse beats. Rather, it diagnoses the harmony or disharmony between the breath and pulse and observes blood pressure. Furthermore, both wrists are used to diagnose the three positions of pulse to determine their relational equilibrium, disharmony, and/or abnormality. The three conditions of Myakushin determine how a Keiraku will react to appropriate treatment. It is often surprising what such diagnosis reveals, which went undetected using Western medical techniques.

Koho Shiatsu is applied using the head of the thumb, avoiding pressing with the nail. This is the general method, but for patients who experience difficulty in turning or changing their body position, use the index and middle finger to get at hard to reach Keiraku. The center of the thumb should be applied to the appropriate Tsubo (pressure point) on the relevant Keiraku, and pressure should be applied at an angle to give a sensation of pain. Koho Shiatsu’s method of using the thumb is to lightly touch the skin first, second to press, and third to release very quickly. This is the way to apply the best stimulation.

There are other Koho Shiatsu techniques used to stimulate specific body parts and help address particular diseases. Pressing a Tsubo for two or three seconds is one of them. The principal method of Koho Shiatsu is to apply pressure to the Tsubo of the appropriate Keiraku while avoiding the damaged, diseased, or painful area.

Thus, Koho Shiatsu’s principal methods not only treat various diseases, but they also prevent many kinds of illnesses from actually occurring in the first place. Also, Koho Shiatsu energizes the patient by stimulating and thereby encouraging the circulation of one’s Ki (vital energy), which reinforces all the Keiraku internally and externally related to one’s organs that keep a person both mentally and physically in good health.

Hakkoryu Koho Shiatsu uses more than just the particularly reacting Keiraku to treat diseases. It considers the principle of universal gravitation for the treatment from the upper body to the lower body, or the origin of the Keiraku’s Ki flow (Tanden or Hara) to the end.

When applying pressure to Koho Shiatsu points, the direction of pressure and treatment may be reversed if there is a strong or unusual reaction in the patient. Manifestation of pain, discomfort, or some kind of disharmony may occur when applying treatment to particularly out-of-balance Keiraku. During treatment, almost no power is used to press the Tsubo. Rapidly applying pressure with rhythmic momentum can effectively heal or cure many kinds of serious, painful, and acute illnesses. Thus, Hakkoryu Koho Shiatsu has many unique features.

Nidai Soke says, “I do not use any physical force when applying Koho Shiatsu treatments to my patient each day. Rather, I abandon force and routinely stimulate certain Keiraku, which results in a sensation of pain. A typical treatment takes only twenty minutes or so. If I administer a Koho Shiatsu treatment much longer than this, patients may find the pain sensation to be too strong or severe. To apply this kind of pain on certain selected Keiraku, while avoiding pressing on affected or painful parts of the body, is the basic approach of Koho Shiatsu. Thus, my Shiatsu treatment is different than other styles of similar therapy because, while abandoning force, I apply my treatment only on selected Keiraku, while at the same time, avoiding the damaged area’s meridians.”

He continues, “Hakkoryu Koho Shiatsu involves the practice of avoiding using one’s own personal force. This conservation of energy is the way in which we attain the martial arts status of Zanshin (clear mindedness or selflessness). To live in a state of mental and spiritual freedom, freedom from all social problems, is the philosophical goal of traditional Japanese martial arts. This approach has produced magnificent healing results, which cannot be explained or understood by Western medicine, however, Koho Shiatsu achieves both lasting and effective results.”

There are a lot of successful reports and appreciation letters sent to Hombu Dojo from patients who, because of Koho Shiatsu, have recovered from their health problems and diseases.

*The following conditions have benefited and shown great improvement as a result of Hakkoryu Koho Shiatsu:

HAKKORYU UNITES MARTIAL ARTS AND MEDICINE SO AS TO SHOW CLEARLY THAT THEY ARE BUT ONE AND THE SAME.

The prominent feature of Hakkoryu Jujutsu is to totally abandon physical power, to relax completely, and then apply techniques to opponents in order to defend oneself. Most other martial arts commonly aim to defeat or destroy an opponent, but Hakkoryu’s exponents, while completely relaxed, uses the attacker’s force and strikes a vital point on Keiraku to instantly freeze, stop, pin down, and/or control the movement of the opponent. As most everyone knows, in a Judo match, a physically smaller person experiences great difficulty in winning a match if he encounters an opponent of much larger size. Hakkoryu has no problem with such physical differences. In Hakkoryu, gentle, swift, and efficient maneuvers reign supreme over hardness, strength and body size.